After a final week in the rehearsal room in May, we packed our bags and travelled up to see our friends at Lakeside Arts Centre, Nottingham, for the world premiere of the show at Wheee! International Children's Festival.  The sun shone, we had fantastic audiences with lots of interaction and great feedback. 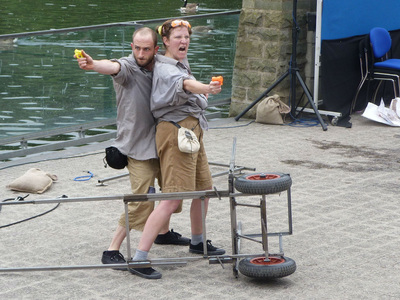 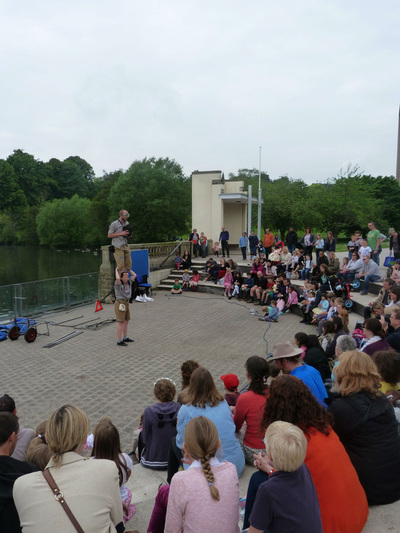 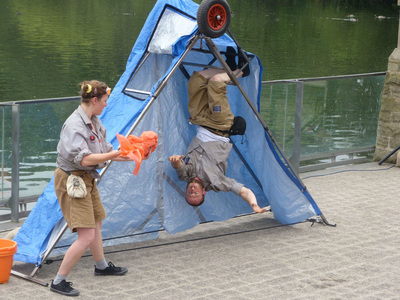 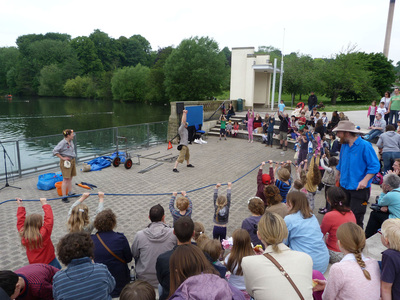 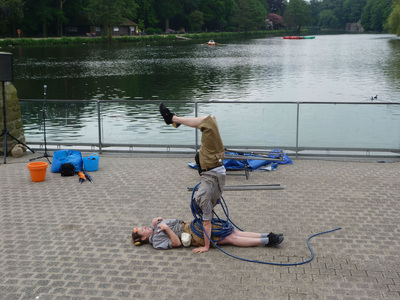 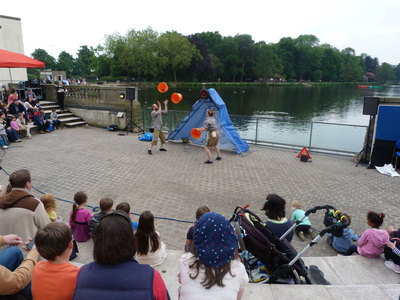 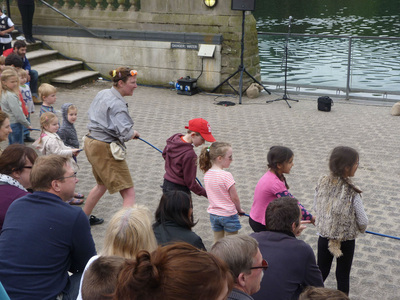 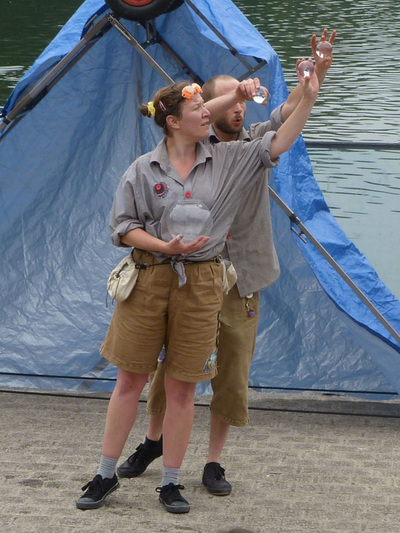 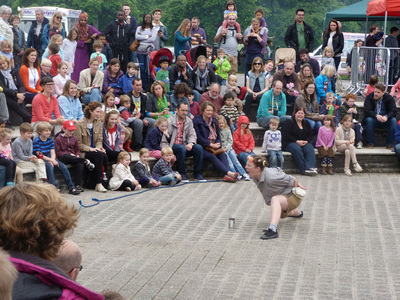 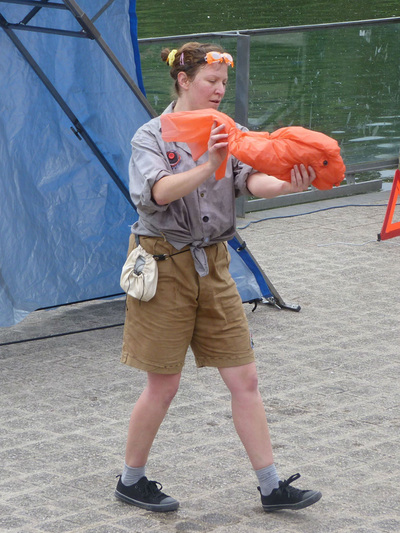 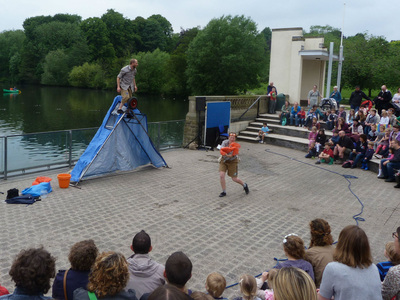 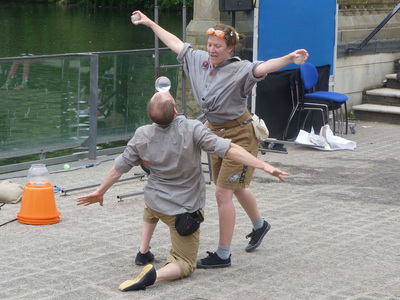 It's brilliant to finally perform the show to real live audiences - we learnt a lot and have some exciting ideas for how to develop the work over the summer.  We're now looking forward to making a start with some of this before our next gig at Bristol Harbourside Festival on July 20th.

Take a peek at what we've been up to in the rehearsal room this month with the video below.  Big thanks to the entire creative team for working until they were no longer sure they were creative at all, and Alex at Raise Films for the edit.

We've been back in rehearsal this week, and what a week it's been!  One of the biggest pleasures has been to have our composer, Matt Marks, working alongside the performers during improvisations.  The beautiful music he's creating gives a depth and richness to the action, and there's a certain excitement in the air when the theatre, circus and music are all working together. 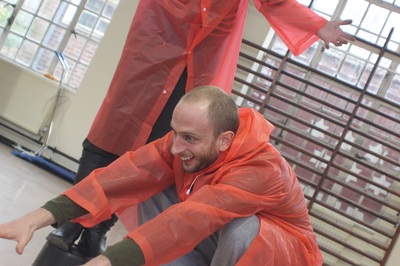 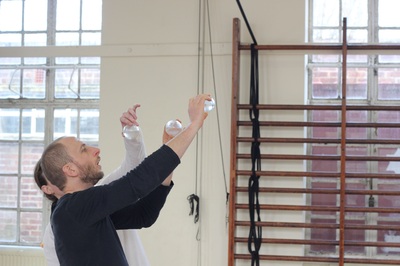 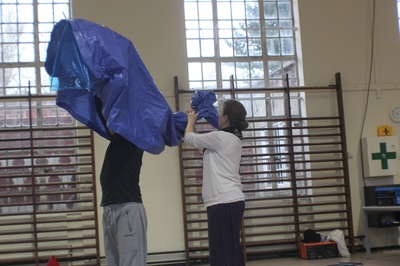 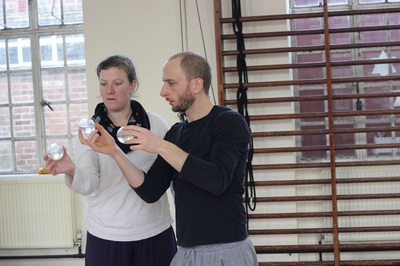 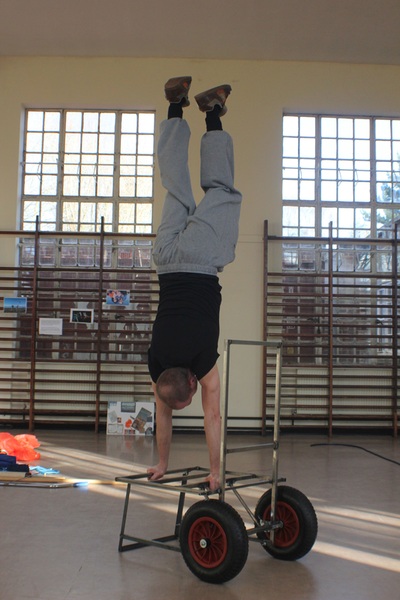 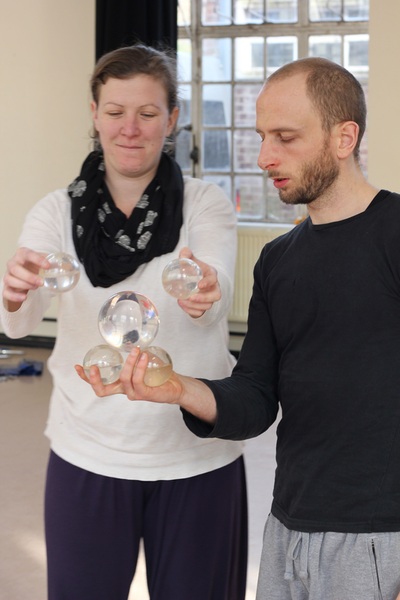 We've also been lucky enough to have Bim Mason contributing dramaturgically to the show, holding our hands through certain phases and shoving us in the right direction through others.  Bim taught Cat, lucy and Truan for two years at Circomedia, and our knowledge of each other's little foibles and quirks is helping to move the process along at an exhilarating speed.

How to make a show with just 23 pieces of paper... 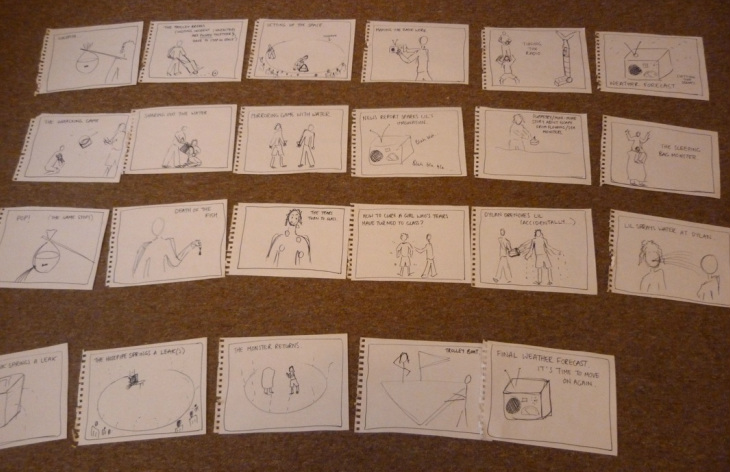 Today we went to the beach!  Clevedon, about 45 minutes away from Bristol, was the perfect location to take pictures with which we can start advertising the show, and there really was only a small chance of showers today, with beautiful sun prevailing.  Many thanks to Lucy and Truan for going barefoot on the beach in January, and JoE Clarke for being the man who can with a series of impressive cameras.  Show image to follow SOON! 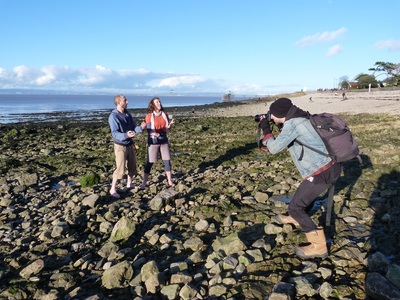 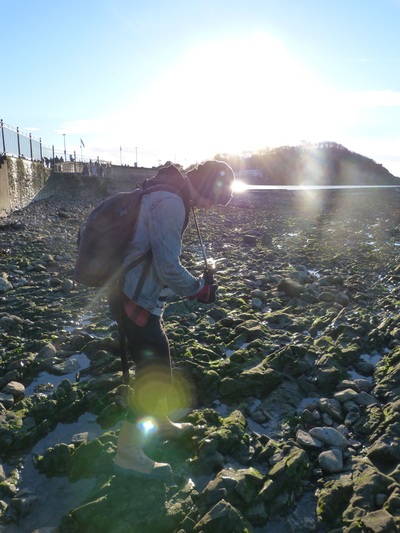 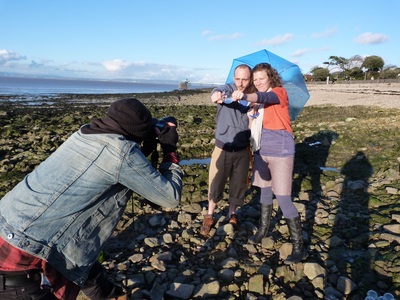